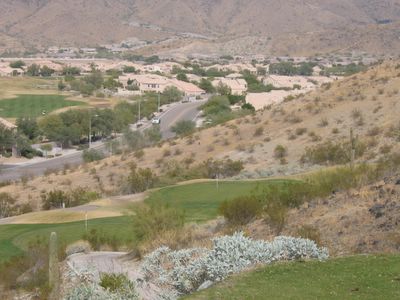 What a beautiful par 3 at Club West! 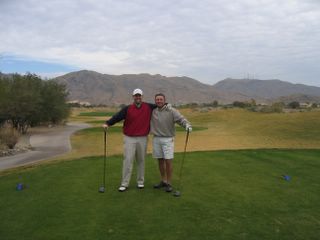 Med and I at Club West. 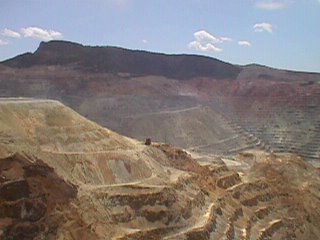 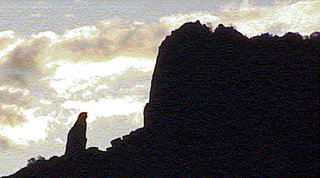 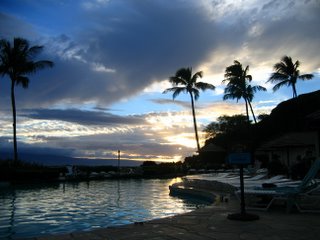 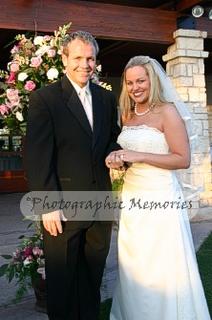 I'm a married man now! The wedding went smoothly and I think everyone had a good time. It is a little frustrating because some people RSVP'd and then didn't show up so there were a few empty chairs that were paid for and not used. Other than that, everything was perfect! My family had a great time dancing to the music of the two man band that Alicia's dad hired for the evening. The food was excellent and the chocolate fountain was a hit! My brother played the first song on my guitar and it was great...he has an awesome voice. My cousin was the MC for the evening. It all felt like a whirlwind. I was going in circles talking to this person, getting tapped on the shoulder and being introduced to that person, and then pulled aside to meet someone else.

It was a great time! Isn't my bride beautiful? 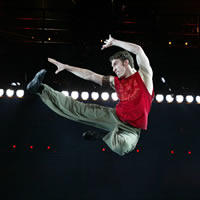 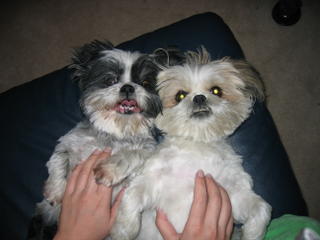 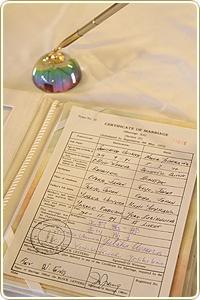 This morning Alicia and I went to the courthouse and got our marriage licence. It was 50 bucks! For what? A little piece of paper. The lady at the counter was kinda strange and kept calling Alicia "Ali" and she saw my Idaho driver's licence and said "Aho" because apparently that is what she called it as a child. :s She was wearing a beautiful moo-moo though and had a sweet spirit.

Wedding Announcements are Out!

Alicia sent the announcements out recently, so it's official! We're getting married September 30th in Chandler at the Ocotillo Golf Club. It should be a great time!

Anyone who is coming to the wedding, we recommend you stay at a hotel near the Chandler Mall because the wedding is just a couple of miles away and the mall is right next to the freeway for easy access to all that Phoenix has to offer! :)

The Rocket in Phoenix

Alicia and I went to see a Diamondbacks game last night. The Astros are in town and the legendary Roger Clemens "The Rocket" was pitching. What a great experience to see a great athlete like The Rocket perform! 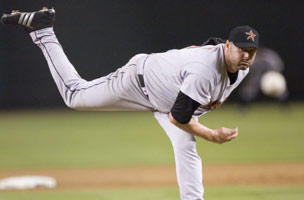 The Diamondbacks ended up losing 3-1. The only run the Diamondbacks scored was a solo home run in the second inning. Gonzalez left a runner in scoring position at least twice. He never even made it on base! What a dissapointment!

After the game, we funneled our way outside only to find that there was a DOWNPOUR!!! We waited for it to pass, but after about 15 minutes we saw that we were going to have to make a run for it. The car was about four blocks away, but we were completely soaked in the first four steps! Good thing Alicia has a good sense of direction because I couldn't see, the rain was coming down that hard! We were dodging water coming off the raingutters like fire hoses, then wading through puddles up to our knees the size of small lakes! I was protecting the digital camera from getting wet while trying not to get hit by cars leaving the parking lots. When we finally got to the car, it was a huge relief.

Driving home wasn't too bad, until we pulled off the I-10 going east on the 60. All we saw were headlights. The freeway was in a standstill! It took us about an hour to get from the 60 and I-10 to the 60 and the 101! That's an hour for, like five miles! By the time I got home it was around 11:15 pm and there was loud cracking from the lightning. I didn't get to sleep until around midnight, but I still got up at 5 am to excercise at Lifetime Fitness! That's why my head is bobbing while writing this blog....I'm so tired!

It was all worth it...a memory that will last a lifetime! 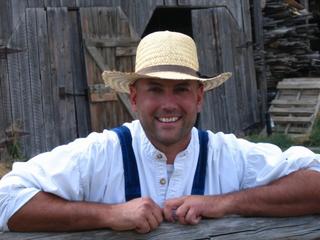 My younger brother, Anthony (aka Vinny), is eloping on the Oregon coast today. Congrats, Anthony! I am one of the few who knew about it before it happened. Shanel (I don't know how to spell her name) sent out invitations to everyone the day before they left. So, I think everyone knows by now.

Here's a recent pick of Anthony up at Lava Hot Springs, Idaho. We were all duded up as cattle ranchers for a movie my cousin is making about the Williams family. 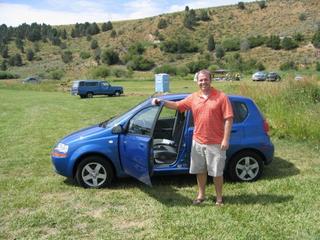 I flew in to SLC airport last night at about 9pm and drove up to Logan to stay with my brother. The Cornelious Williams Family Reunion is this weekend up near Lava Hot Springs in southern Idaho, about 1 hour north from here.

You should see my rental car! It is a very small Chevy Aveo. I will be heading up to the reunion in this little tin can! :)

The reunion should be fun....I am going to be envolved in a filming of the Williams history.

Check out the view!

This is the view I have every morning while I'm eating my wheaties!

I had my domain pointing to a free geocities website, but then I thought...."why not point sethwilliams.com to my blog?" We'll try this out and see what happens.

Welcome to the life of Seth Williams. I don't know what this site will be about or anything, but stay tuned.